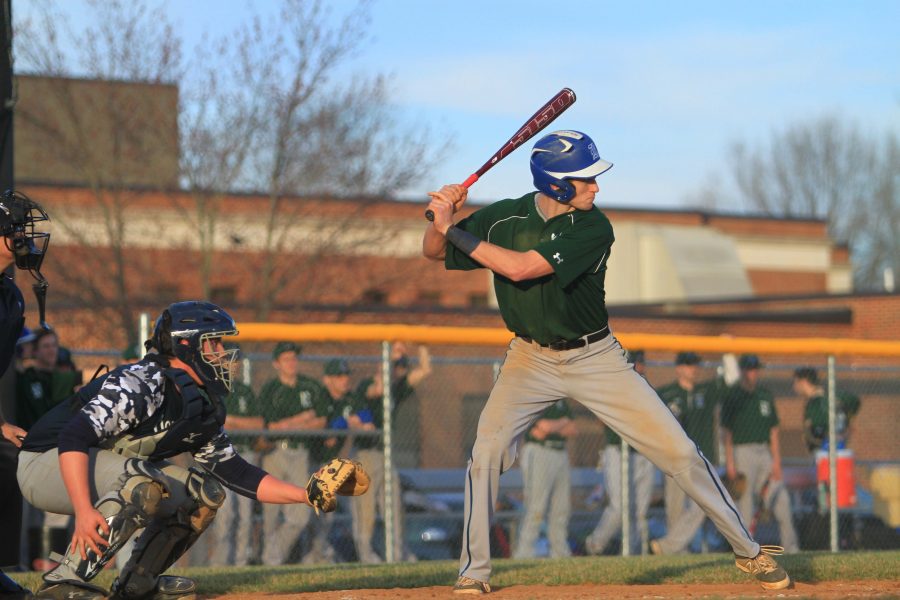 Sitting at 13-2, the Riverbend Bears baseball team is off to one of its best starts in school history. The team is anchored by its eight seniors and has already surpassed last year’s win total of nine by four with five games still left to play.

So, why all the success? Well, take your pick—the Bears can pitch, hit, and field. For those that don’t know, that’s the equivalent of a high schooler with looks, good grades, and a nice car or an entertainer who can sing, dance, and act. Nevertheless, no matter what analogy you use, the Bears are good. The team has drastically improved from last year and has certainly capitalized on having 8 talented seniors.

That last part in itself is a major key. To be good, you need to have a lot of good players, for them to all be the same age, and for them to all be as old as they’re going to get while still in high school (seniors.) Take that, add in all those players having the same head coach for four years, two solid juniors, and one stud sophomore, and you get an attractive 13-2 season.

Now for those close to the team, such a season doesn’t come as that big a surprise. The Bears’ core group of players has been good for awhile and even the team’s biggest doubters would have a hard time saying they didn’t expect them to be able to hit. Going into the season, the two biggest questions surrounding the club were could they field and could they pitch.

Last year’s team featured two solid starting pitchers, but not much outside of that in the way of arms, and an extremely poor defense. Bad infield play and bad, but not as bad, outfield play plagued the Bears all season and with the majority of the defense returning this year it was unsure if it would get any better. In addition, one half of the team’s starting pitching duo graduated last year, leaving this year’s team with only one arm they knew could perform for sure. The rest of this year’s staff was unproven and inexperienced at best.

Nevertheless, everyone the Bears were hoping could pitch has done so and done so well. A couple of changes and tweaks to the team’s defense have also vastly improved it, despite having essentially the same personnel as last year. Last year’s team only graduated three starters to begin with.

The perhaps strength of the Bears is something few had concerns about—their hitting. Team depth along with contact, power, and timely hitting have turned the Bears’ lineup into somewhat of a high school Murderer’s Row. The Bears have had seven players homer this year for a total of eight, with probably the most capable of doing so having not yet in Correa. The team has combined for blank runs this season, seldom going cold.

The sole blemish on the Bears’ record came in walk off fashion in a 10 inning thriller (a normal game is 7 innings) against Stafford’s Mountain View Wildcats. Mountain View is a familiar opponent for the Bears and is always competitive even in their down years. The game was well played by both teams and came down to the final at bat. Nevertheless, a hard-fought, away loss to a good team is nothing for the group to hang its head about.

Looking down the road, past this season, there are plenty of questions. Losing eight seniors, each with a vital role, is a hard shoe for any team to fill. Next year it is expected that Tarrh, Van Vickle, and Christmas will return as important pieces and that Alec Dolieslager, Noah Kahn, Will Conrad, and Ryland Zywiak will graduate into more significant roles. Moreover, though there have been a few bright spots, the last two JV seasons have been far from impressive, so only time will tell what the squad will look like in years to come.

Regardless of and despite their current success, Riverbend has never won a conference or district championship, so doing so this year would be uncharted waters. The team is without a doubt in a good position to do, but getting through three rounds of 6A single elimination playoff play is always hard. Right now, it appears the sky is the limit, but only the test of time will reveal how truly good the Bears are.