AROUND THE BEND • April 5, 2017 • https://rhsaroundthebend.com/1657/entertainment/students-open-to-suggestion/ 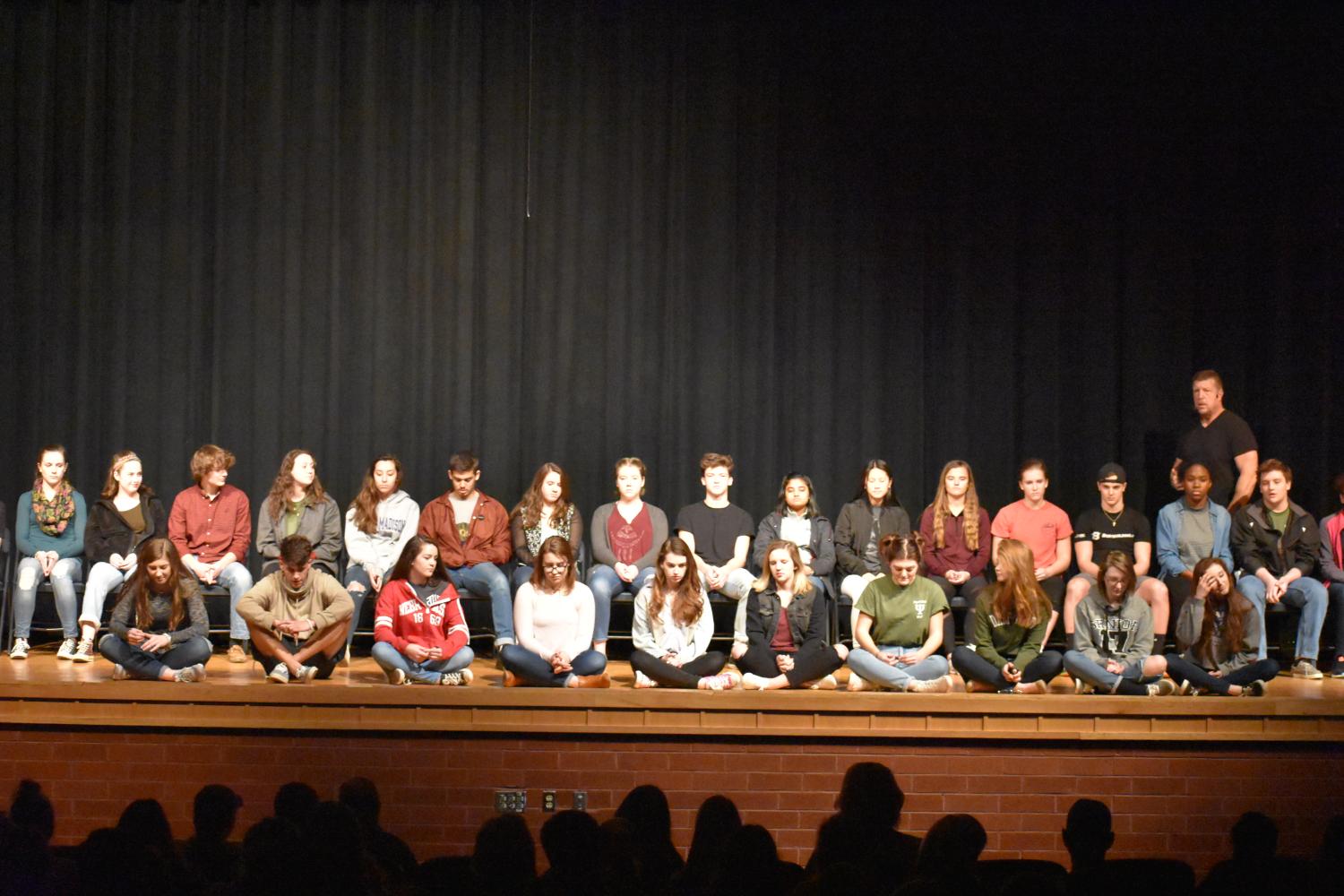 On Friday, February 17, Marshal Manlove, a professional hypnotist, visited Riverbend. The show started with the audience being asked to stand up and close their eyes. They were asked to hold both hands in front of them, making a 90 degree angle with their body. He described a stack of heavy books in the left hand and a balloon floating upwards in the right hand. A few minutes passed by, and when he finished describing the scenario they opened their eyes. Many of the audience members found that their left hand had dropped and their right hand lifted. A few more similar tricks were performed to find good candidates for the main show. Volunteers went on the stage and sat on chairs or on the floor. They fell into a very deep hypnosis stage and performed tasks and interacted with each other for the rest of the show.
Manlove convinced all of them to fall “asleep” and gave them each different roles to perform when he woke them up. Some participants were told to become irritated and even scream at Manlove when he said the word “OK.” Some were looking for their pet monkey they had lost. Some were attracted to each others’ smell, and some took off their shoe and answered it as if it were a phone when they heard the word “school.”
Katie Clements, sophomore, said, “I had never gone to a hypnosis show before this one. I was definitely skeptical at first. I started to become aware when people did things they would normally never do like running to the other end of the auditorium and up the stairs screaming about a lost monkey.”
Manlove was introduced to hypnosis as a kid and saw a billboard ten years ago for a hypnosis school. “I love what I do. I figure I can learn to help some people out.”